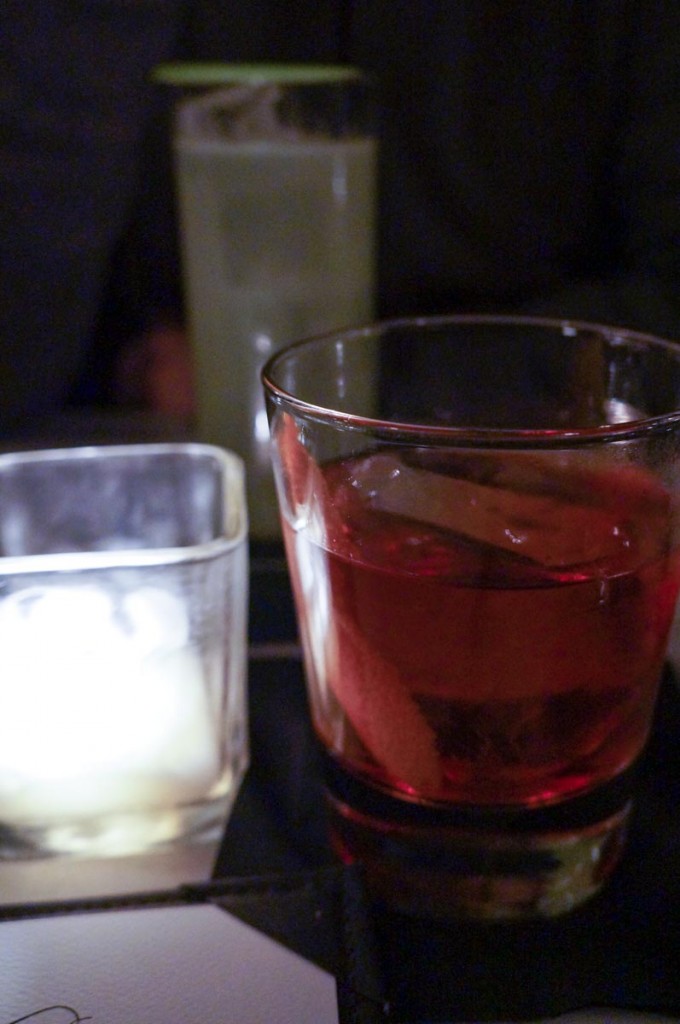 Stepping back in time,  Franklin Mortgage Investment Company is a Prohibition-era speakeasy tucked away amongst the bars and restaurants on 18th Street. It has received numerous accolades for serving up some of the best cocktails in the city, so we decided to investigate.

A little background – there are a few famous 1920’s-era (read: “secret”) speakeasies in Philly, most notably Franklin Mortgage Investment Co. and Hop Sing Laundromat (in Chinatown). Hop Sing is supposedly notorious for its snobbish attitude towards “less desirable” patrons, and since we found ourselves in the Rittenhouse area following dinner at Pub & Kitchen, Franklin’s was the natural choice.

We went on a Thursday night, expecting it to be crowded, but luckily there was no line…just a doorman waiting at the bottom of some unassuming stairs. After going in to check on seating, he immediately returned and led us into a cozy, dimly-lit basement. The set up is made for intimate gatherings, so tables/seats were fairly close in proximity, with barstool nooks along the wall. No TVs, no music – just the constant murmur of conversation. Service was excellent; a waiter brought us water and gave us some time to peruse the very expansive cocktail list. He even moved us from the stools against the wall to a table as soon as one of them opened up.

But really what we came for were the drinks, of which Franklin certainly has many (Winnie’s note: check out the drink categories…one entitled “I asked her for water, she brought me gasoline” brought on a fit of giggles). W started with a Gordian Knot, while I went with a Battle of Blythe Road. We ended up switching when they got here; the Knot, with Old Grand Dad 114 whiskey and Booker’s Bourbon, served over a single Titanic-sized iceberg, wasn’t quite what Winnie was looking for. For me, the drink was incredibly smooth, with hints of bitter and sweet from the Aperol and Peychaud’s bitters and spice from the Wray & Nephew rum. The Blythe Road tasted like a bite of tart green apple, with El Dorado 3 Year Rum, Hayman’s Old Tom gin, and a host of other lime, pineapple, and green apple flavors – a refreshing and light compliment to the Knot. Before calling it a night, I had to try one more drink, this time from their list of punches, and ordered myself a Paper Moon Punch. A combination of bourbon (Eagle Rare 10 Year) and gin (Bols Genever) served with dry vermouth, bitters, lemon and pineapple juices, and cinnamon and cane syrups mixed in a fruity, spicy punch capped my night off with style. 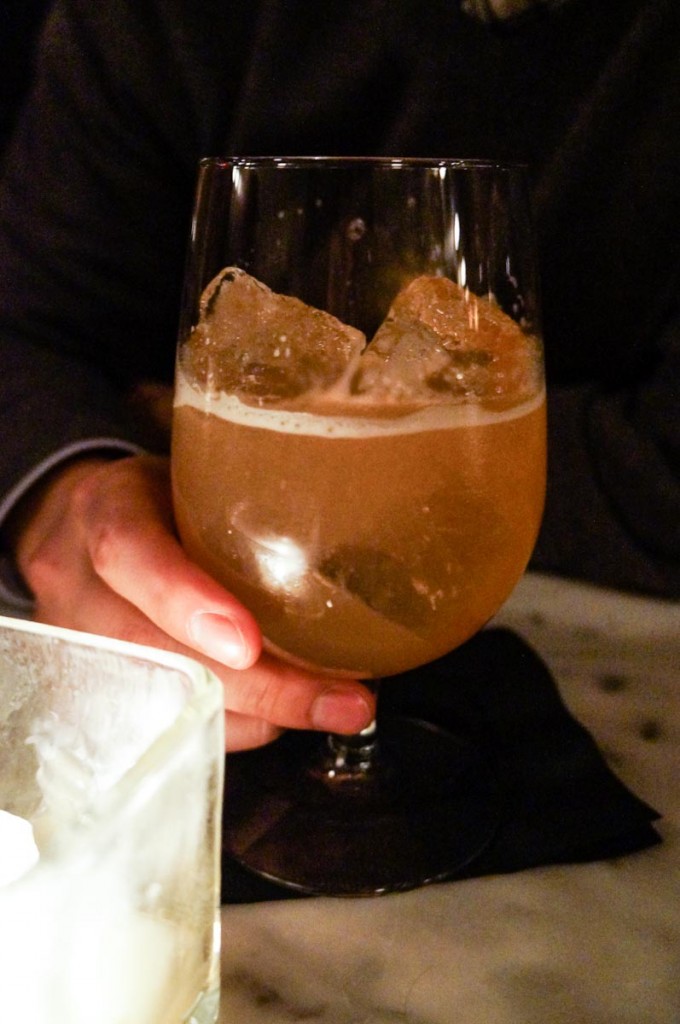 Overall – Franklin’s great list of well-made creative drinks and an unassuming atmosphere should make this a definite stop whether you are a Philly local or just passing through town.

More posts in our 48 Hours in Philly series: