For the first stop in our honeymoon journey, W and I chose the very central city of Split Croatia as our connection to the rest of the Dalmatian coast. A few notes from our stay in Split:

END_OF_DOCUMENT_TOKEN_TO_BE_REPLACED 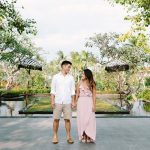